India having more mobile phones than toilets is an often quoted statistic. But even as mobile phone ownership continues to climb across the country, the efficiency of the service appears to be plummeting. In the recent past mobile phone users across India have been grappling with unprecedented connectivity issues. Even the prime minister, Narendra Modi, is said to have expressed serious concern on the subject and said that mobile operators need to be accountable. Mobile phone users are understandably upset, with some suggesting the deterioration in service quality may be intended to persuade users to move to higher cost services. Yet others see this as another very tangible indication of development at the grassroots not keeping pace with macro-level policies and aspirations. This is a critical mismatch that will need to be addressed if the impressive vision for India that is set out by those at the top is to trickle down into something concrete for the masses.

This month’s Cover story looks at how trouble at the grassroots level is proving to be a roadblock to the government’s effort to improve the country’s image. The bending and breaking of rules, which is almost built into the psyche of India, can be squarely blamed for the woes of the companies that suffered when India cancelled licences for 2G spectrum in 2012. More recently it was seen to result in a multimillion-rupee cash-for-jobs scam in Madhya Pradesh – the Vyapam scandal – in which dozens of people who were allegedly either witnesses or involved in some way have lost their lives. Troubles such as these play out even as the government works to improve the ease of doing business in India. Is enough being done to change the rules of the game at the grassroots level?

One area where the rules are being rewritten and attitudes remoulded relates to how companies compete with each other (Watchdog unleashed). This is on account of a series of high-profile investigations and several high-value penalties imposed by India’s antitrust regulator. Yet even as the Competition Commission of India (CCI) has been widening its net, it has been accused by the appellate tribunal of denying parties that appear before it their right to a fair hearing. The root of the problem may be a lack of expertise at the CCI but as our coverage highlights, this and other problems will need to be fixed so that its processes and orders have the necessary rigour and can withstand challenges. As Nisha Kaur Uberoi, a partner at Cyril Amarchand Mangaldas, points out, the CCI, has “the power to impose India’s highest economic penalties”. If it is to fulfil its objectives it needs to rethink how it goes about its business.

Another arm of government that has long needed to rethink and reinvigorate itself is India’s patent office. This key organization has over the years been criticized for lacking rigour and failing to achieve its objectives. Now it stands accused in Delhi High Court – in Shamnad Basheer v Union of India & Others – of a failure to enforce statutory provisions in relation to the disclosure by patentees of how they have worked their inventions. Writing in this issue’s Vantage point Mathews George, a blogger for SpicyIP, argues that the patent office’s neglect on this front is damaging the interests of innovators and the public at large.

Staying with the often fraught subject of intellectual property protection, this month’s first Spotlight feature sees Alka Mehta of Cipla and M Adinarayana of Natco Pharma trade tips and troubles on safeguarding pharmaceutical patents in India. Their insights will no doubt chime with domestic and international patent owners in a wide range of sectors.

Our second Spotlight shifts the focus to taxation. It analyses the controversy surrounding the applicability of minimum alternate tax (MAT) on foreign institutional investors (FIIs). The trust that FIIs reposed in the government was shaken as earlier this year several FIIs were slapped with notices from the tax authorities subjecting their past incomes to MAT. This retrospective demand for tax took the foreign investor community by surprise, more so since it came from a government that pitched to end “tax terrorism” and provide a stable, predictable and non-adversarial tax regime aimed at reviving India as a preferred investment destination. The article examines the genesis of the MAT regime, the recent controversies and confusion which could have been avoided.

This month’s Intelligence report provides an in-depth look at how the government, which is often described as a poor paymaster, engages lawyers for infrastructure projects. In line with its lowest bidder wins policy, it tends to put price at the forefront of its selection process when instructing legal consultants for infrastructure projects. But in doing so is the government shooting itself in the foot?

Most lawyers India Business Law Journal spoke to argue that the model for selecting legal advisers for infrastructure deals requires re-examination. For as A Balasubramanian, an of counsel at J Sagar Associates, says: “One shoe doesn’t fit all feet … Finally what prevails is the legal document. You need someone who understands the issues of the particular sector, be it roads, ports, etc., plus an interdisciplinary perspective, because without this, there can be inconsistencies between intentions and outcomes in the contract.”

Policy makers will need to return to the drawing board and rethink plans both for engaging lawyers and to ensure the gap between rhetoric and practice can be narrowed. 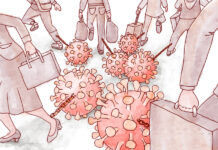