This case concerns a European company’s defence against an unjustified trademark attack at the Shanghai customs in China. A European garment company (EuroCo) has had its trademark registered in Europe since 2003. EuroCo did not apply for registration of the trademark in China because its products were sold mainly within Europe. Six years later, a Chinese company (ChinaCo) registered the same trademark in China. In 2011, EuroCo engaged a Chinese-based manufacturer (the supplier) to manufacture garments carrying the trademark (branded products) in China. EuroCo and the supplier agreed in a supply agreement that all branded products should be exported out of China to EuroCo. 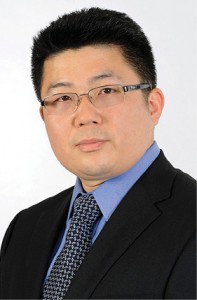 The legal grounds for seizing the branded products can be found under the Regulations of Customs Protection of Intellectual Property Rights. Article 3 of the regulations prohibits the import and export of any products that infringe upon intellectual property rights (IPR) in China. The IPR include trademark rights, patent rights and copyrights that are protected in China. According to the regulations, after ChinaCo has filed a request to protect its registered trademark with the General Administration for Customs, the local customs will notify ChinaCo whenever it discovers any imported/exported products that are suspected of infringing upon the registered trademark. ChinaCo may then request the local customs to investigate the potential trademark infringement. The local customs has the right to detain the suspected products during the course of its investigation.

The first-to-file rule is adopted when registering trademarks in China, i.e. the first applicant to file an application and obtain registration will be granted rights in the trademark. Prior use of a trademark is generally irrelevant. When ChinaCo became the first to register the trademark in China, it was also able to obtain registration and as a result ChinaCo now enjoys the trademark rights in China. In accordance with article 52(1) of the Trademark Law, ChinaCo is entitled to prohibit any third party from using the trademark on its garments without ChinaCo’s permission. Unlike European judicial practice, the likelihood of confusion is not mentioned as one of the standards when determining trademark infringement under the current Chinese law.

As a result, different courts have issued inconsistent decisions in cases with similar circumstances. Some courts in China have interpreted article 52(1) of the Trademark Law in a strict way and have held that, regardless of whether the products are sold in China, trademark infringement will be deemed to have been committed as long as they are manufactured in China. This approach has been applied by the Guangdong High Court on numerous occasions.

However, the above opinion has been broadly criticised. In recent cases, major courts in Shanghai and Zhejiang province have held that the basic function of a trademark is to distinguish the source of the products. Since exported products will not cause confusion among consumers in China, no trademark infringement is committed.

Taking the recent legal developments into consideration, we advised EuroCo to raise the following major arguments before the Shanghai customs:

In January 2012, the Shanghai customs came to the conclusion that no trademark infringement could be determined. It is worth noting that following the investigation, ChinaCo instituted a civil lawsuit against the supplier for trademark infringement before a court in Zhejiang province. The supplier raised the same arguments before the court and successfully convinced the court to reject all the claims of ChinaCo in July 2012.

In summary, China adopts the first-to-file registration system. Foreign companies whose products originate from China may be vulnerable to lawsuits if their trademarks are registered by a third party in China. The case study indicates that effective defences against unjustified trademark attack are available in practice. However, uncertainties remain due to the lack of clarity under article 52(1) of the Trademark Law.

Therefore, it is highly advisable for foreign companies whose products originate from China to register their trademarks in China as soon as practically possible. If any trademarks have already been registered in the name of a third party in China, a trademark infringement assessment should be conducted before doing business in China under those specific trademarks.