As the tide of the pandemic turns, the government is returning to the task of making India a US$5 trillion economy by 2024-25.

While many question if this is possible, India’s finance minister says achieving it will require double digit growth in manufacturing on a sustained basis. The country’s manufacturing companies will need “to become an integral part of global supply chains, possess core competence and cutting-edge technology”. That’s the plan, but can India up its game sufficiently to realize these goals? 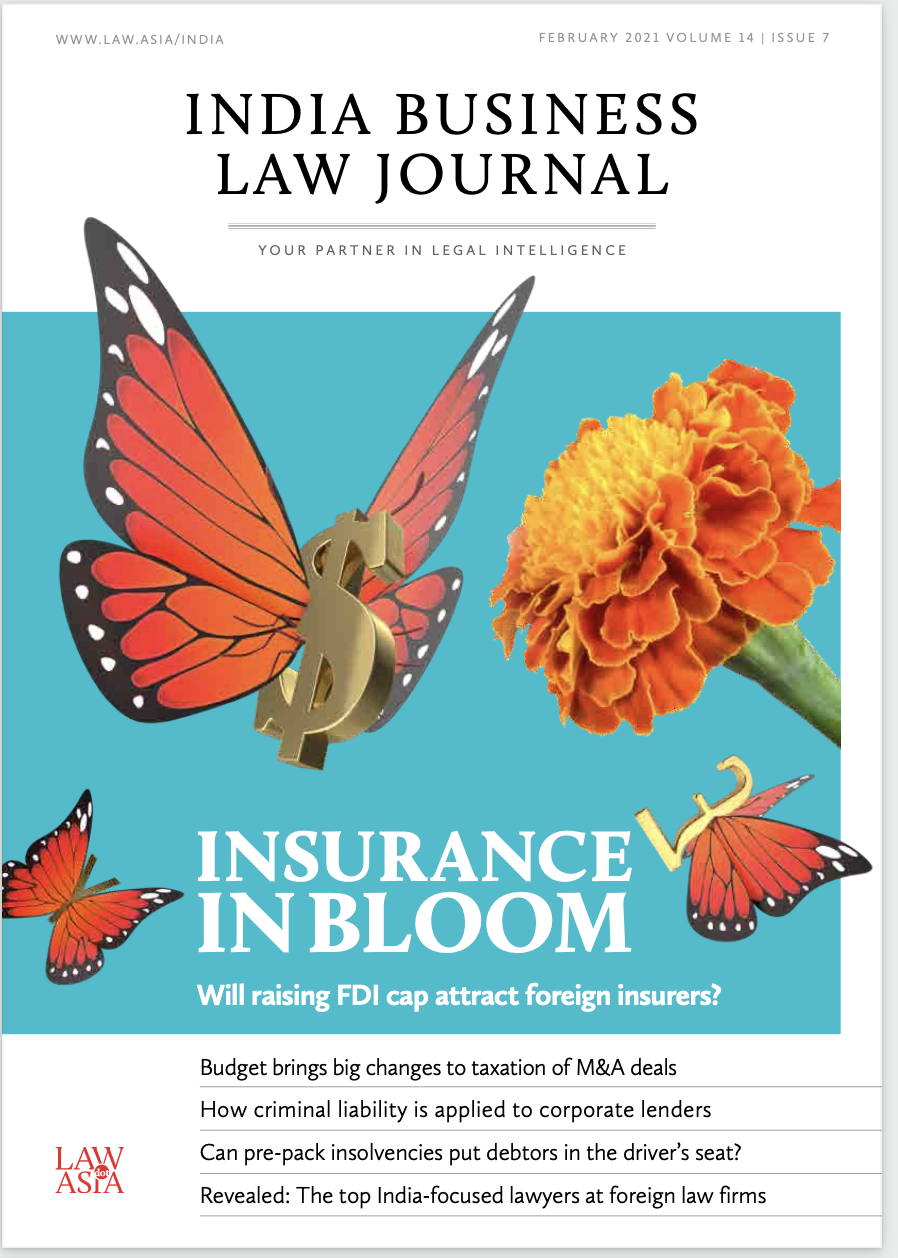 Many, revelling in the country’s remarkable recent victories on the cricket pitch, will say nothing is impossible. Indeed, the minister’s budget speech used India’s triumph in Australia to remind us of the Indian people’s “abundant promise and unsuppressed thirst to perform and succeed”.

But while sentiment inspires and emboldens, investors both inside and outside India are more focused on the nitty gritty of policy measures being contemplated and executed. Of particular interest is the proposal in the budget to allow foreign direct investment of 74% in insurance companies, and to allow foreign ownership and control albeit with safeguards.

As we detail in this month’s Cover story, while the proposal has been long anticipated, it will also be a game changer. In all probability, raising the limit on foreign direct investment is sure to attract new insurance players, which in turn will strengthen solvency, boost competition and increase the penetration of insurance in the market. In addition, more insurance players will mean that risk is shared among many more.

But as always, the devil will lie in the detail and analysts assert that more clarity is necessary, especially on the safeguards that will be put in place. Challenges are expected, including with regard to existing contractual agreements between international players and their Indian joint venture partners, which will need to be renegotiated. Meanwhile, there is cautious optimism, and an expectation that this long-awaited demand of international insurers offers many opportunities.

Most observers will agree that the recent budget was a restrained exercise, and that while the tweaks may not have grabbed headlines, they are expected to have an impact. As such, in M&A tax takeaways we highlight five significant changes brought on by the budget to M&A-related taxation. Included in it is a clarification of the term “slump sale”, which is Indian tax parlance for a business transfer. The budget clarified that slump sales shall include all types of transfers, be it through court-approved schemes or otherwise. This is significant, as until now it could have been argued that business transfers not structured as a sale were not taxable.

Khanna argues that with compliance taking on greater significance, developments in the past two decades in this area may just be the beginning. He says greater regulatory and enforcement co-operation across the globe will shape the contours of the debate, even as corporations continue to grow in importance in the Indian environment.

This month’s What’s the deal? provides an analysis of the pre-pack insolvency resolution process. As we detail, a committee appointed in June 2020 suggested a regulatory framework for insolvency resolution through this process, which is essentially a restructuring plan agreed to between a debtor and its creditors.

The success of this relatively informal process will no doubt depend on how roadblocks are bypassed. This includes whether regulatory and statutory waivers, traditionally enjoyed by the successful resolution applicants under the corporate insolvency resolution process of the Insolvency and Bankruptcy Code, are available in a resolution under the pre-packs. Key questions that will no doubt be weighed in on by keen legal minds both within and outside India, where the number of international lawyers who follow developments in India continues to grow.

This month’s Intelligence report reveals India Business Law Journal’s International A-List. The list identifies 100 lawyers at foreign law firms who are leading the field with their work on the international aspects of India-related matters.

Included on the A-List are: Ryo Kotoura, at Anderson Mori & Tomotsune in Tokyo, who is lauded for being the “preferred lawyer by Japanese clients on Indian matters”; Pallavi Gopinath Aney, at Allen & Overy in Singapore, who is seen as a “pre-eminent expert” for bond and debt capital market issuances by Indian companies; and Parmjit Singh, at Eversheds in London, who crucially has a “great knowledge of how Indian GCs work”.

Establishing an investment fund in Israel

By ASA Bari and Shahrima Tanjin Arni, AS & Associates
Do the reforms go far enough?
Please send any press releases, deal announcements, details of new hires, newsletters and any other news items to: news@law.asia