Home Leader The future of leadership

Only time will tell whether young environmentalist Greta Thunberg’s stinging words of “How dare you!”, delivered to the UN with such vehemence, will have succeeded in hammering home her message on climate change. Her powerful words also evoke the ponderance of a Chinese saying: “The best time to plant a tree was 20 years ago. The second best time is now.” 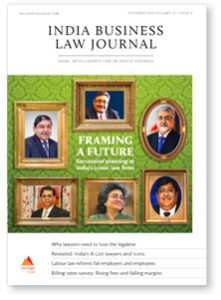 Both are calls to action, yet the latter could well apply to the legal community in the context of law firms and the leaders who drive them forward. Securing the future requires leaders to act now, if they haven’t already done so, and meeting the challenges head on is the only way forward.

One such challenge relates to succession planning in law firms in India, where clients often overwhelmingly identify law firms with the leaders who run them, and the fortunes of legions of lawyers can depend on the well-being and standing of a celebrity managing partner or promoter family. As detailed in this month’s Cover story the presence of these larger-than-life individuals, who are invaluable as rainmakers, can be a challenge for succession planning. As Chetan Chopra, legal head at United Breweries, says, the reality is that senior lawyers want to be “the face and main showstopper on a deal, while their associates hide in the background”.

This has to change, and it is, slowly. Lawyers in leadership roles increasingly work alongside management committees. They tend to make decisions in consultation with external advisers, including technology specialists and compliance officers. They are also grappling with the aspirations of millennials, for whom job security is not everything. Instead, for this generation it is “all about experiences”, as Mukesh Butani, managing partner of BMR Legal, remarks.

In A fine balance we turn the spotlight on labour laws, of which there are currently 45 at the federal level and 200 at the state level. The government has begun a process of reforming these laws, and we provide
an analysis.

In this month’s Vantage point Richa Kachhwaha argues that the legal fraternity can elevate the quality of their work by improving the quality of their writing. Kachhwaha, who is a lawyer and the author of The Art of Legal Writing: Practicing Lawyers to Successful Professionals, is of the opinion that lawyers in India know little about the art of legal writing and that even the so-called good lawyers can be incoherent when they communicate in writing. She points out that law schools neglect to teach the mechanics of writing, which is vital in ensuring a lawyer’s objective is achieved.

This month’s What’s the deal? is India Business Law Journal’s annual law firm billing rates survey. Now in its 13th year, the survey is based on an analysis of 75 participating firms. For the first time, it includes Shardul Amarchand Mangaldas & Co and Lakshmikumaran & Sridharan from among the ranks of India’s top firms, which have typically declined to reveal their billing rates, citing privacy and confidentiality.

Our survey reveals that innovative pricing is the name of the game as law firms respond to the demand for customized pricing strategies. The tough Indian economy dictates that while the smaller firms provide everything from what one firm refers to as a “subscription-based model” to stage-wise fees, what is evident is that fees are heavily negotiated and vary considerably.

Despite this, recovering payments is an ongoing challenge for most of the firms surveyed. Yet at least one general counsel is on record as saying that his company would be willing to pay more for some sort of differentiator, based on what is needed in the circumstances, and for “going above and beyond or doing something that is perceived to be value additive”. The same general counsel hopes firms will spend more time building their capabilities, nurturing talent and improving management processes. This, he says, would be “a win-win for everyone in the long run”.

For the fourth year running, India Business Law Journal has compiled a list of India’s top lawyers. Recognizing the superstar status of some lawyers such as Zia Mody, Pravin Anand and others, we have a new “Legal Icons” category within the list.

Our A-List of Indian lawyers consists of lawyers nominated by professionals at a wide range of Indian and international companies, law firms and other organizations. Apart from the 35 legal icons, our list includes 100 strongly endorsed lawyers, such as Marylou Bilawala at Wadia Ghandy & Co, who an international client nominated for her ability to be “a real ally” in her client’s corner.

Achieving this and more is what elevates these lawyers to our A-List. They are the present and future leaders to whom the legal community will turn for inspiration in a future where calls to action will demand only the best. 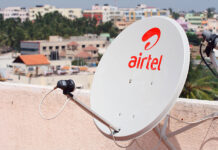