Home Leader Sweet are the uses of adversity

When it comes to feeling the effects of other people’s problems, India has developed a canny knack for turning misfortune elsewhere to its advantage

As ever, Shakespeare’s pithy phrasing lends perspectives on the contradictory signals emerging from the global economy – and on India’s place within it. Where some see misfortune, others see opportunity. 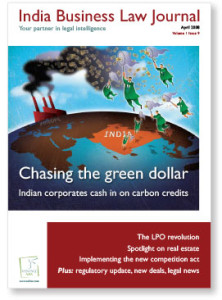 Global stock exchanges fall … then rise … then fall again. But India, which has experienced more turbulence than most, has been crowned a “capital markets hotspot” by one leading international law firm (News). European businesses are grappling with increasingly onerous environmental regulations but Indian companies are raising millions of dollars through the sale of carbon credits. And while US property markets reel from the fallout of the sub-prime crisis, Indian real estate prices are soaring by as much as 50% a year.

Has India’s surging economy – along with that of China – de-coupled from the falling West’s? The answer is no. Whichever way the cards fall, business in India, and those who provide services to it, are ever more inextricably linked to business outside India. A glance at any newspaper worldwide confirms it.

As does this issue of India Business Law Journal. Our Cover story exemplifies the sometimes weird and wonderful ways in which such cross-border business relationships develop. If anyone had predicted five years ago that carbon credit trading would be a multi-million-dollar business for India by 2008, they would probably have met with incomprehension, if not outright laughter.

As this issue’s first-of-its-kind coverage shows (Chasing the green dollar), any legal practice with international aspirations not actively pursuing environmental law opportunities may well face an unpromising future. Our in-depth analysis explores the complexities of this nascent but vibrant cross-border trade and discovers which corporations and law firms are making the most of the opportunity, and how they are doing so.

And as befits a magazine committed to balance and dialogue, this month’s Vantage point (Carbon credits are no panacea) offers a totally different perspective on saving – and indeed profiting from – the environment. Chandran Nair of Hong Kong-based think tank Global Institute for Tomorrow sees carbon credits as part of the problem rather than the solution. He argues that the real answer lies in local laws, regulations and enforcement mechanisms.

Another surging sector of India’s increasingly service-oriented economy is legal process outsourcing (LPO). Companies the world over are buckling under the rising costs of doing business, but as this month’s Intelligence report reveals (The LPO revolution), far from joining them in their collective misery, Indian entrepreneurs have responded with an innovative range of cost-saving offshore solutions.

The growth of the LPO sector has been driven by the demands of cost-conscious global businesses. Many of these companies have succeeded in reining in their legal bills and India’s outsourcing sector has been the principal beneficiary. Moreover, in addition to enabling foreign corporations to save money, these solutions are posing difficult but unavoidable questions about the cost structures, and the very existence in their present forms, of corporate legal departments and even law firms themselves.

Yet more evidence of how India Inc is turning others’ adversity to its advantage is provided in our survey of the country’s real estate sector (Spotlight). The US and many other western nations have been brought to their knees by the liquidity crisis in the property markets, but as our coverage illustrates, Indian real estate is booming. It is even being viewed by some as a safe haven for investors wary of pouring their money into property elsewhere.

The market appears welcoming to new financing tools such as real estate investment trusts (REITs) which, in common with other securitization vehicles, are now conspicuous more by their absence in many of the world’s developed economies.

It is tempting to see only good news in these developments. Each sector, however, faces serious challenges. The humming outsourcing industry lacks any professional regulatory oversight, not to mention an adequate (or indeed any) data security framework. Serious problems appear unavoidable unless these shortcomings are remedied imminently and comprehensively. And in an ironic twist, the outsourcing boom could fall victim to the success of India’s real estate sector: Spiralling property prices threaten to wipe out some of the cost savings that LPOs pass on to their international clients.

The real estate sector itself, however, faces challenges, notably the lack of a central land registry and a restrictive regulatory regime for foreign investment. There have also been worrying signs of a possible slowdown.

And all Indian businesses, including those that have embarked on ambitious schemes to cash in on carbon credits, are likely to find, sooner or later, that tougher environmental regulations catch up with them. Indeed, as more and more Indian companies establish international footprints, they will find themselves having to comply not only with Indian regulations but also with even tougher environmental standards in overseas markets. 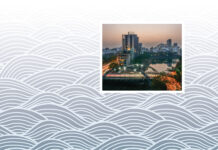 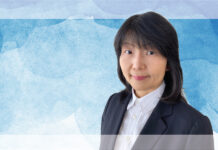 Winning the race for online engagement
In-house legal teams have guided companies to understand CSR regulations during the pandemic
Do lawyers have a duty to help avert a climate catastrophe?