Home Leader Listing in India: not for the faint-hearted

Are stock exchange rules a deterrent for cash-hungry Indian companies?

While finding a way through India’s complex listing rules may certainly be a challenge, primary listings by companies of quality – such as the parent of IndiGo airlines – seem to be swamped by keen investors. IndiGo, which has made punctuality and efficiency its hallmarks, has been profitable over the past seven years. This has translated into a successful initial offer. But will markets recognize this when trading in the company’s stock begins? 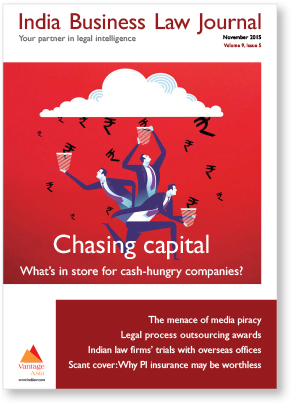 The truth of the matter is that investors remain wary as initial offers in India have often underperformed when they have hit the markets. Yet as recent activity shows, neither this nor onerous listing rules have deterred some cash-hungry companies from tapping India’s capital markets. Will this continue without changes being made to the country’s listing rules to make the India stock markets more attractive?

This month’s Cover story examines recent activity in India’s equity markets. As Monal Mukherjee, a partner at Shardul Amarchand Mangaldas & Co points out, while disclosure norms are onerous, India has nonetheless “seen immense liberalization and reform in this space”. The result has been increased market activity, aided in part by new products that have been given the go-ahead by the market regulator. Yet as Somasekhar Sundaresan, a capital markets partner at J Sagar Associates, says, despite the initiatives to spur the market, a lot more needs to be done. Referring to regulations for initial offers he says “entry barriers for IPOs have been set so high that barely a handful of new businesses got listed” in recent years. With indebtedness levels among Indian companies being what they are, maintaining the status quo is clearly unacceptable.

Another area where the status quo may be unacceptable is in the attitudes of Indian law firms towards professional indemnity (PI) insurance (Scant cover). In February 2011, India Business Law Journal shocked the international legal community with a report revealing that the vast majority of Indian law firms had no PI cover whatsoever. The situation has improved somewhat since then, but Indian firms still lag behind their international counterparts when it comes to PI insurance. Moreover, as our investigation finds, a lot of the insurance policies have such limited coverage that they may not be worth the paper the are written on.

Our coverage analyses the pros and cons of obtaining PI cover, while also providing a close look at the fine print of the policies being offered. The challenge for law firms is to manage the cost of obtaining cover while maximizing the value it can provide.

A more complex challenge facing India’s lawyers, both in-house and in private practice, is that of dealing with the theft of intellectual property. For an insightful view from the trenches, we turn to Ritesh Khosla, the senior vice president of legal at Multi Screen Media, a subsidiary of Sony Pictures Entertainment (IP warrior). Khosla, who compares piracy to a weed that grows alongside a cash crop, argues that it’s high time for India to have courts dedicated solely to intellectual property matters. This, he believes, would go some way towards ensuring that justice is delivered efficiently.

In Globetrotting we turn the spotlight on Indian law firms that have set up offices outside India. As Indian businesses become more global in their outlook and operations, forward-looking law firms are naturally following suit. As a result, a handful of intrepid firms have set up offices on the ground in strategically important jurisdictions around the world. India Business Law Journal is pleased to embrace this globetrotting trend with a special report investigating the overseas operations of Indian law firms. Our coverage investigates the practical issues, perks and perils experienced by firms that have dared to step beyond their national boundaries. It also assesses the benefits that clients derive from their law firms’ international footprints.

In Vantage point Marcello Antonucci at the Beazley Group, discusses the potential benefits of biometric identification technology and Aadhaar. Crucially, Antonucci, who is specialist in claims and regulatory investigations prompted by privacy breaches, argues that the Indian government should prioritize the adoption of comprehensive privacy legislation as this would lead to increased use of Aadhaar in public and private ventures. When this will happen is anybody’s guess.

This month’s Intelligence report presents India Business Law Journal’s annual Legal Processing Outsourcing Awards. Innovation and agility among legal process outsourcing service providers (LPOs) has fuelled competition among the top players. The benefits to clients have been considerable, but our analysis leads us to believe that there is no clear leader among LPOs at present. As such, in a departure from previous years, we have stopped short of naming a single service provider as LPO of the Year. Instead we recognize six service providers as Best Overall LPOs for 2015. These are: Clutch Group, Integreon, Mindcrest, Pangea3, QuisLex and UnitedLex.

These are interesting times for legal process outsourcing. The potential for growth is considerable with in-house legal teams and law firms seeking greater process efficiencies. Yet the sector still fails to live up to the huge promise it was thought to have when it burst onto the global agenda around 10 years ago. We look forward to continuing to track and analyse developments in this area over the months and years ahead.