Few could have imagined the day when a judge of Delhi High Court would urge the state “to beg, borrow or steal”. The judge was just one of many across India who expressed outrage at the response of health authorities to a cruel second wave of covid-19 and the plight of people it has mowed down. The country, as the judge said, is “in dire straits”. 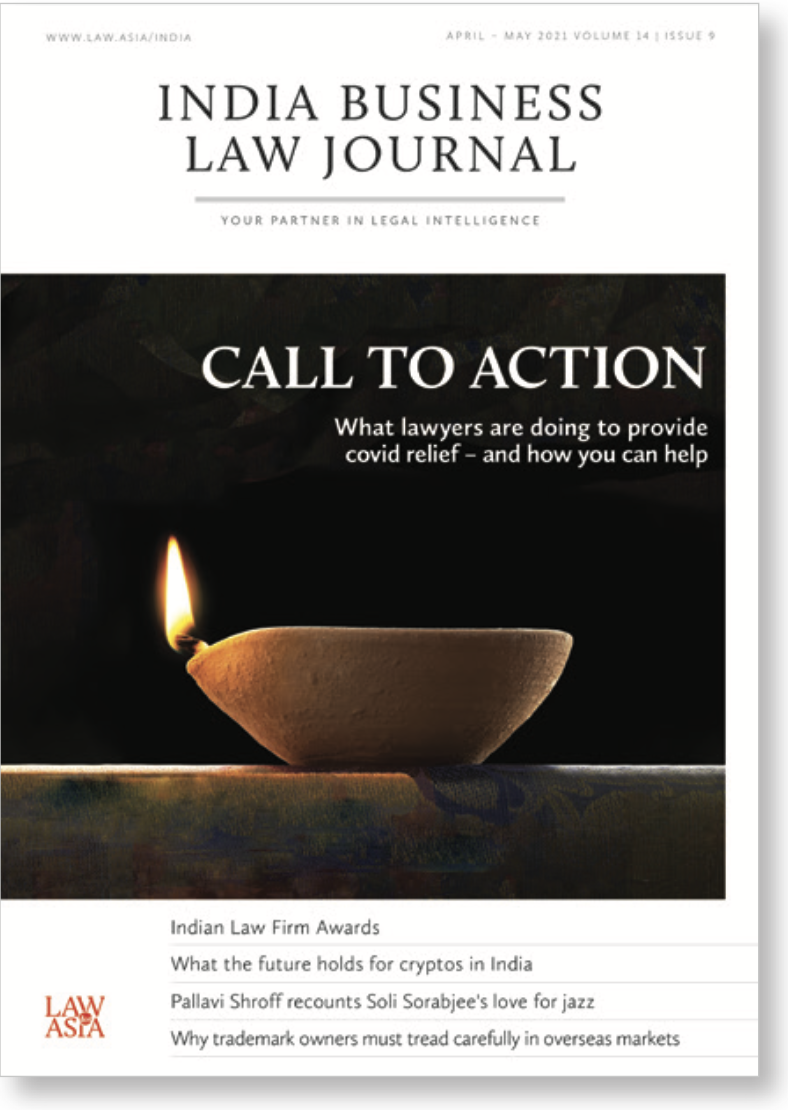 Was this inevitable? Possibly, given the woeful state of the country’s health infrastructure. Add to this a failure to shore up defences, and the pandemic’s dreadful toll seems almost preordained. No strata of society or corner of the country is beyond its reach and the world has watched in horror.

The courts have come down hard on government officials as desperate citizens, hospitals and others have knocked on their doors. Yet, there is only so much that judges and courts can do. The speed with which the virus travels and its morphosis makes it impervious to piecemeal attempts to vanquish it. This national emergency requires the full force of state machinery, and vaccinations are the priority.

In the meantime, civil society groups are rushing to assist those affected by covid-19. This month’s Cover story (page 36) focuses on initiatives by lawyers at domestic and international law firms that are organising and supporting relief projects across the country. It includes a crowd-funding campaign, Coviangels, to buy oxygen concentrators and other necessities, by alumni of Franklin Pierce School of Law in the US who are working in-house and at law firms; an initiative by Baker McKenzie to raise money for ICU beds, oxygen concentrators, BiPAP machines and much more; and Mission Aahan Vaahan, which has set up quarantine and covid care centres in Bengaluru for children and is the initiative of alumni of National Law School of India University.

During the first wave of the pandemic, the same group chartered 10 flights to enable almost 2,000 migrant workers to get home. Our coverage includes information on these and many other worthwhile projects – and details of how our readers can help.

In Expert briefing, we present a special report on cryptocurrencies, co-published with Cyril Amarchand Mangaldas and L&L Law Offices. Since the Supreme Court overturned India’s ban on cryptocurrencies in March 2020, there has been a manifold increase in trading volumes, crypto companies have ramped up their India operations and local crypto start-ups have blossomed. But India has yet to put in place a regulatory regime for cryptocurrencies and the legal outlook is far from clear. Many observers are calling for the introduction of a light-touch regulatory regime, but moves by the government to impose a new ban on private virtual currencies and launch an official one are spooking investors. An outright ban would be ill-advised, as it would spur illegal trade. However, the effective regulation of cryptocurrencies presents many advantages for the government, not least that it would create new streams of tax revenue.

In Tread carefully with TM we caution against the use of trademark symbols that are yet to be registered across jurisdictions. Under the Indian Trademarks Act, 1999, falsely representing a trademark as registered is punishable by imprisonment for up to three years and/or a fine. Our coverage is a must read for any company considering moving its mark around.

In this issue’s Vantage Point, Pallavi Shroff, the managing partner of Shardul Amarchand Mangaldas & Co, pays tribute to the important role jazz music played in the life of Soli Sorabjee since his early years. So strong was Mr Sorabjee’s love for jazz that it was unclear whether law or jazz was his first love. Jazz also had an influence in the way he practised law. She recounts that when preparing case notes, Mr Sorabjee did not like to prepare lengthy notes. Instead, he jotted down headings as this allowed him to improvise, modify and re-modify like composing or playing a tune in jazz.

In our Intelligence report, we reveal the winners of India Business Law Journal’s 2021 Indian Law Firm Awards. Even in the midst of unprecedented challenges, cutting edge transactions have occurred and private practice lawyers have achieved much. To find out which law firms finished the year on top, our editorial team sought the opinions of in-house counsel and other observers of India’s legal profession, both in India and around the world.

AZB & Partners wins our top award of Law Firm of the Year. That the firm, which is led by Bahram Vakil, Zia Mody and Ajay Bahl, is India’s most sought after will come as no surprise as it has won key roles on virtually every mega-deal of the past year.

This year, our award for Best Overall Law Firms – the seven winners of which have remained unchanged for the past several years – sees a new winner, IndusLaw. The firm takes its place at the top table of India’s legal profession alongside AZB & Partners, Cyril Amarchand Mangaldas, J Sagar Associates, Khaitan & Co, Shardul Amarchand Mangaldas and Trilegal.

The awards are a testament to the hard work, ingenuity and excellence of India’s legal community, which continues to move forward despite the horrors of the pandemic.

How long will it be before AI makes partner?
Claudia Salomon lays out ICC's strategic plan for Asia
OECD’s Asean project seeks to foster competition in the region’s e-commerce sector
Find out which are the best law firms in Indonesia
Please send any press releases, deal announcements, details of new hires, newsletters and any other news items to: news@law.asia