“When secured creditors like the respondent are driven from pillar to post to recover what is legitimately due to them, in attempting to avail of more than one remedy at the same time, they do not blow hot and cold, but they blow hot and hotter,” wrote justices Rohinton Nariman and Navin Sinha in their judgment in Swaraj Infrastructure Pvt Ltd v Kotak Mahindra Bank Ltd.

The legislators’ intention to give primacy to the recovery of debts of secured creditors and reduce hurdles created by borrowers, guarantors or mortgagors has strengthened under the Insolvency and Bankruptcy Code, 2016 (IBC), which gives such creditors a priority. Section 52 of the IBC gives secured creditors the right to either relinquish their security and queue up for payment with other creditors, or realize their security independently and then claim the remaining debt under the waterfall mechanism. However, secured creditors tend to misuse the provision by filing insolvency proceedings against going concerns without utilizing their valuable security, so as to put pressure on the debtor to make upfront payments, making it an alternative recovery mechanism. This strategy, permissible in the old regime of insolvency laws and adopted under IBC, defeats the very objective of the code, which is to reorganize and resolve debt-ridden companies while maximizing the value of the company’s assets and promoting entrepreneurship.

The judgment in the Swaraj Infrastructure case has settled that petitioning creditors do not have to relinquish their securities for maintaining winding-up petitions. For a petition to be admitted, the creditor has to prove the legal fiction of “inability to pay debts”, upon the debtor neglecting to pay, secure or compound the debt after the issuance of a statutory notice giving three weeks to the debtor. Nonetheless, winding-up proceedings could be initiated even if the petitioning creditor has sufficient secured assets to meet the liability of the debtor, if the court is satisfied that the debtor is commercially insolvent as contemplated under section 433(i)(e) of the Companies Act, 1956. The debtor, on the other hand, could argue that the debt is disputed or that it is able to meet current demands.

The IBC takes away all such privileges from the debtor, limiting the scope of inquiry of the adjudicating authority to determining the “existence of a default”, and leaving the scope of exploitation of debtors at the hands of the secured creditors. The adjudicating authority doesn’t have the discretion to ascertain whether there are other creditors, whether the debt is disputed, or whether it is in the interest of the creditors to initiate a resolution process. It would be unjust to initiate insolvency proceedings against a going concern because of debt to a sole creditor, which has security in excess of the debt but chooses not to realize them due to the long-drawn process under the Securitization and Reconstruction of Financial Assets and Enforcement of Security Interest Act, 2002 (SARFAESI) and the Code of Civil Procedure, 1908.

Under SARFAESI act, the creditor has to follow an elaborate process for enforcement of security, while the debtor gets time and opportunity to repay the debt or raise objections (which have to be satisfied by the creditor), receive notice at every stage and so on. Further, any person aggrieved by the measures of the creditor can file a securitization application, which is a separate proceeding. The IBC circumvents all these stages.

The debtor, under the sword of IBC’s mandatory timeline, either settles the matter before issuance of expression of interest or slips into liquidation where no resolution plan is received. The secured creditor can then exercise its right under section 52 and obtain custody of the assets, without opposition from the suspended management of the debtor. Since the company is under liquidation, the right of redemption, which is exercisable until foreclosure or until the instrument of sale is registered, is also taken away. The debtor loses its property and faces liquidation.

A commercially solvent, going concern ought to be given some consideration if it is able to secure the debt of its creditors. Some discretion ought to be vested upon the adjudicating authority to do a preliminary investigation to determine whether the proceedings are initiated to browbeat the debtor. One of the ways could be to obtain disclosures at the stage of admission about the attempts made to realize the debt, valuation of the security, etc. If the intention of the creditors is suspicious, the authority should impose strict penalties using its power under section 65 of the IBC. This would ensure greater justice and equity, which is in the true spirit of the code.

Supriya Majumdar is an associate at Vidhii Partners. 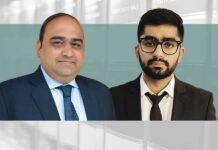 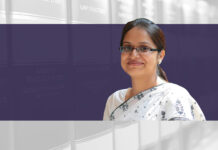 An interesting question has arisen under the Insolvency and Bankruptcy Code, 2016 (IBC) as to whether avoidance applications filed by a resolution professional to avoid vulnerable transactions can survive after the successful conclusion of the resolution process.