Chinese acquirers feel unprepared for cross-border acquisitions and are lowering their ambitions, according to a new report published by the Economist Intelligence Unit. The report, A brave new world: The climate for Chinese M&A abroad, was sponsored by China International Capital Corporation, Accenture and Clifford Chance, and was based on an online survey of 110 Chinese business executives.

Of the survey respondents, 82% identified their lack of management expertise in handling outbound investment as the biggest challenge facing Chinese companies. Only 39% felt they knew what is required to integrate a foreign acquisition.

The survey’s analysis of outbound deals worth over US$50 million that took place between 2004 and 2009 showed that half of such deals involved the Chinese party taking a majority stake in their target.

However, another of the conclusions reached in the report was that Chinese investors’ preference for majority control may be waning. Among survey respondents who claimed that they would definitely make an overseas acquisition, or were likely to, 47% stated a preference for a joint venture or alliance, rather than an outright acquisition.

In the wake of hostility to Chinese investments encountered in Australia, the US and elsewhere, the survey concluded that one reason for the new willingness to consider deals that stop short of outright control may be that these are less likely to attract the unwelcome attention of foreign regulators, or generate negative public opinion.

The report also noted that an “overwhelming majority” (81%) of outbound investments over the same period of 2004-09 were made by state-owned enterprises – a fact which would “remain a cause of concern abroad, not only because many deals involve control of natural resources but also because state ownership seems to confer unfair advantage on the acquired companies”. 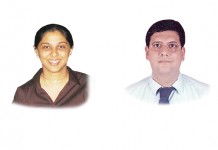