Especially when just over five years ago, you had already bought 100 others that are still being delivered. But this is India, and the buyer in question – budget airline IndiGo – knows it has nowhere to go but upwards. Here are a few calculated risk examples in India. 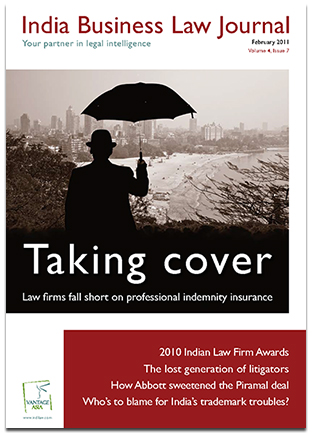 Calculated risks like this are what is powering India’s economy. Such risk taking requires some level of certainty and that often comes from relationships built on co-dependence and trust. But can these relationships endure the seismic shifts that come with skyrocketing growth? And is it not wise, therefore, for progressive lawyers to cover themselves against claims from disgruntled clients?

As we reveal in this month’s Cover story (Taking cover) professional indemnity insurance is still uncommon among India’s law firms. And while most firms preferred not to discuss whether they had adequate cover, clients were surprised to hear that they may be at risk. “The lack of PI insurance cover comes as a surprise to me,” says Judith CrosbieChen, a legal director at Logitech.

Thanks to pressure from clients and a slowly changing mindset, another calculated risk example is that some firms do have insurance. Typical of them is Mumbaibased Mulla & Mulla. “It is prudent and business-like for Indian law firms having a sizable practice to maintain adequate PI insurance,” says Shardul Thacker, a partner at the firm. His was one of a handful of firms that was happy to disclose to India Business Law Journal how much cover it actually has. Our analysis, which for the first time identifies many of the law firms that do have professional indemnity insurance – as well as some that do not – makes compelling reading. We trust it will prove valuable to companies that are looking to engage Indian law firms.

Another valuable tool for law firm selection is this month’s special coverage of India Business Law Journal’s Indian Law Firm Awards (Intelligence report). Last year saw Indian law firms jostling for position as they vied for prestigious roles on headline deals. To find out which firms finished the year ahead of the pack, our editorial team turned to clients and fellow practitioners, hundreds of whom made nominations and substantiated them with qualitative assessments of the legal work they had received.

As expected, many of India’s largest full-service firms scored highly. However, several niche and smaller law firms also found places on the top tables. The prestigious award of Law Firm of the Year goes to Amarchand Mangaldas, which swept the board, collecting a total of 13 awards.

As we celebrate the vitality and ingenuity of India’s leading law firms, it is only right to step back and consider the wellbeing of the justice system as a whole. For it would be unwise to assume all is well when one part of the system – the country’s courts – is in less than optimal health. Statistics about the huge backlog of cases continue to cause concern, but what should really set alarm bells ringing is that the courts are being starved of top-quality litigators – the very people whose presence is essential if the backlog is to be brought under control.

Graduates from India’s law schools are increasingly shunning the litigation profession in favour of more lucrative careers with domestic and international law firms. Those who pursue careers in court are often pushed away for not having the right family connections (The lost generation). The reasons for this – nepotism, poor remuneration and increasing competition among employers to hire law graduates – are not complicated. Finding a solution will be. But for the sake of the country’s legal system and its wider social and economic prosperity, it is vital that a solution is found, and fast.

Continuing this theme, this month’s Vantage point (Glass ceilings) is a candid, first-hand account of life inside the court system without the right pedigree. Kanan Dhru, an Ahmedabad-based lawyer, argues that the litigation fraternity has erected hidden barriers to entry based on family background and caste. This, she says, is largely due to fears on the part of established litigators that their “share of the pie” would decrease if the profession were thrown open to those without a legal lineage. But how can the pie get any smaller, she asks “when there are 350 years’ worth of cases to solve?”

Such a backlog is not good news for anyone, least of all India’s IP owners. For as India’s brands grow in number and value, trademark disputes are set to become all the more common. The first of this month’s Spotlight features (Poorly protected assets) reveals that despite the booming value of India’s intellectual assets, many of the country’s major trademark owners are failing to reach international standards of IP protection and enforcement. According to Chander Lall, the managing partner of Lall & Sethi, “Indian companies are generally IP illiterate”. Our coverage traces the problem back to its roots and offers incisive brand-protection advice to Indian and international trademark owners.

That India Inc is brimming with confidence is a fact now well accepted. But how confident must a company be to sell its prize assets? This is exactly what Piramal did when it sold its domestic formulations business to Abbott Laboratories (A spoonful of sugar).

Flush with cash, Piramal is now on the lookout for new investments. Abbott, meanwhile, is basking in the glory of becoming India’s largest pharmaceutical company. But ironically, the success of the deal may result in tougher FDI caps being imposed on the pharmaceutical sector. Not even the most calculating of risk-takers could have foreseen such an outcome. 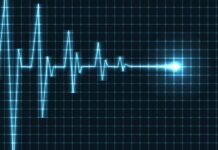 How far have in-house counsel groups come in their efforts to secure statutory recognition?
A GC’s guide to global investment trends
The leading lawyers and icons most recommended by clients