No legacy as rich as honesty

The world’s richest man Elon Musk’s move to take over Twitter has the world engrossed. Twitter’s hope of finding a white knight, a counter-offer to fend off Musk’s hostile bid, has come to nothing. The board of directors of the social networking company has been left with little room, and have been forced to accept the offer on the table.

Musk has played fast and loose with regulatory processes, filing his disclosure with the US Securities Exchange Commission late, and on the wrong form, which would usually trigger strict regulatory censure.

As with the Twitter board and management, the regulators have been in a spot because of the public nature of this hostile takeover. Musk has been live-tweeting his plans for Twitter and millions of his fans are cheering him on, which has sparked discussions on how the agencies should respond.

Transparency and governance have been at the centre of discussions in India as well of late, following the shocking revelations in a probe report on the NSE co-location scam released by the Securities and Exchange Board of India in February.

Our cover story, Monkey business, dives into the 190-page report by the stock market regulator that exposed how Chitra Ramkrishna, the former managing director and CEO of the NSE, presided over the bourse in a way perhaps best described as bizarre during her 44-month tenure.

The scandal comprising a mysterious Himalayan yogi, a “group operating officer” who had never worked in the securities market and a board that looked the other way shows that it takes only a few key individuals to tarnish even a hallowed institution. But, crucially, as the story points out, there’s redemption in embracing good governance.

Staying on the theme of regulators, in CCI’s hands tied in debt trustee dispute, we report that India’s antitrust probe into a bank cartel case took a back seat following the Bombay High Court reprimanding the antitrust authority and directing the securities regulator to undertake the initial investigation.

However, writing in this month’s Vantage Point, Dhanendra Kumar, the first chair of the Competition Commission of India, and Rahul Singh, an associate professor of law at the National Law School of India University, Bengaluru, remind us that a more considered approach to investigations during tough pandemic times should not be construed as less commitment from the CCI’s plans to ensure fair competition.

Take competition enforcement more seriously, and don’t take the CCI for granted. A better course would be to undertake self-regulation and voluntary compliance of competition regulations, where the CCI is always available to help, they write.

In Spotlight, we look at the Reserve Bank of India’s (RBI) recent decision to allow fintech companies to access the credit rating reports of their customers. The move by the RBI has plugged a loophole that lenders were exploiting, and helped fintech companies firmly plant their feet in the financial services marketplace.

“Many law firms have made big statements, but that’s not enough,” says Aparna Mittal, founder of the Samāna Centre for Gender, Policy and Law. “Pinkwashing and pretending to be inclusive is dangerous and can create damage.”

In Intelligence report, we bring you our annual International A-List, recognising the top 100 foreign lawyers advising clients on India matters. To find which ones are leading the field out of the hundreds of lawyers worldwide who claim to be India experts, we sought answers from experienced lawyers at Indian law firms and India-focused in-house counsel around the world.

To qualify as an International A-List lawyer, clients say lawyers need to demonstrate a strong understanding of the nuances of India and the requirements of Indian clients, along with maintaining good connections within the legal community in India. Be sure to check out this year’s A-List – it has some familiar faces and several debutants, too.

In Rising prominence of store layouts in IP disputes, IP experts at Anand and Anand examine the jurisprudence around store layouts and provide practical advice for their protection. Since the Trademark Law recognises the protection of intellectual property rights in store layouts, it is pertinent for the aspiring business owners with quirky stores, distinctive layouts and unique ideas to protect and enforce their creation. 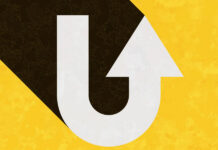 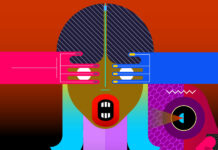 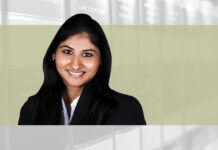 Spate of real estate defaults tests creditors’ faith in the IBC
Does the de minimis exemption help or hinder the CCI?
Why the automation of compliance processes is the need of the hour